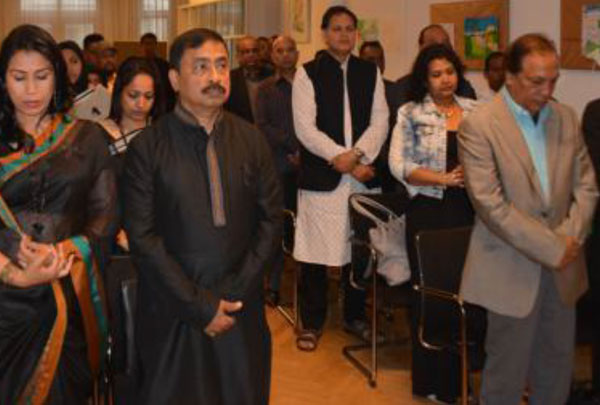 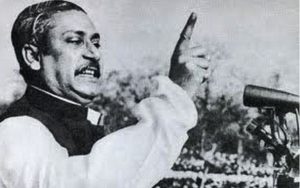 The Hague: 15 August: Rich tributes were paid at a discussion
arranged in observance of the 42nd martyrdom anniversary of the
Father of the Nation, Bangabandhu Sheikh Mujibur Rahman and
the National Mourning Day on 15August at the Bangladesh embassy
in the Netherlands. Speakers at the meeting said, conspiracies
are still on to destabilize the democratic process of Bangladesh.
Some of the speakers accused Pakistan embassy and its intelligence
service ISI for their engagement and conspiracies with their allies
to create political turmoil and disturbance in Bangladesh, but they said, ‘the soldiers of Bangabandhu
will foil their all conspiracies, as they defeated Pakistan in 1971’. Speakers reiterated the demand for
bringing in the killers of Bangabandhu, who are still absconding, to execute the court verdict.
Highlighting the significance of the Day, the meeting was addressed among others by Bikash Roy,
General Secretary of EBF, local Awami League leaders, Shahadat Hossain Tapan, Mayeed Faruque,
Mustafa Zaman, Murad Khan and Jainal Abedin. They urged all to work together under the able leadership
of Prime Minister Sheikh Hasina.
Bangladesh ambassador, Sheikh Mohammed Belal urged all to be part of nation building through engaging
in a new kind of liberation war for realising what the father of the nation, Bangabandhu dreamt
in his vision “Sonar Bangla”. The Ambassador highlighted various aspects of the life of the Father of
the Nation Bangabandhu Sheikh Mujibur Rahman and his contribution for the nation. Ambassador Belal Said that great personalities like Bangabandhu do not have death rather they are always alive in
the hearts of the people. Ambassador, regretting his chance of not being there as a freedom fighter
during our war of liberation, promised to dedicate each of his day for another kind of struggle to realise
the dream of Father of the Nation Bangabandhu Sheikh Mujibur Rahman.