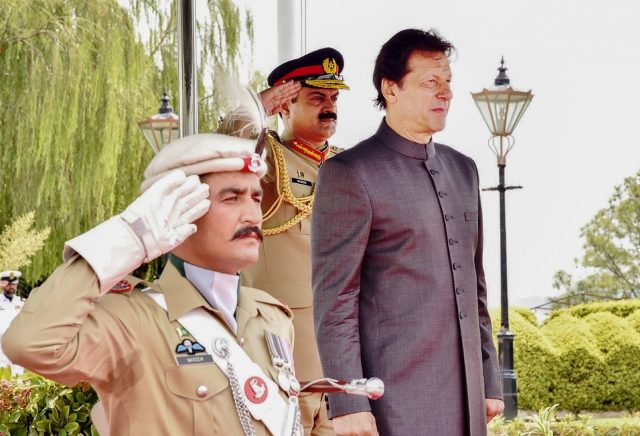 EBF Analysis: The Pakistan Army cannot be compared to the other armies, Western in particular. The difference lays on its ability to being in power even without being in the seat of power.

This curious and untypical situation can be traced back to the ‘50s, when General Ayub, the first Pakistani Commander-in Chief, had started his seizure of power through a military coup. However, across the decades, the Army has always been a constant presence among its citizens, with or without the power.

This achievement has been explained by Paul Staniland, Adnan Naseemmullah, and Ahsan Butt. Their paper, entitled “Pakistan’s Military Elite”, investigates and describes how the Pakistan Army consists of two opposite sides. At the same time it shows a high professionalism in some aspects and unprofessionalism in others. According to Staniland and his colleagues, “the very same individuals perform both its military–technical and political–interventionist activities”.

From the study emerges that this dualism is achieved by fusing different elements. Mostly by combining internal bureaucratic discipline with the placement of retired military elites. This model turns out to be positively appreciated. When it comes to bureaucratic feature, the Pakistan Army demonstrates to have high levels of bureaucratic institutionalization and professionalism which strengthen its image as well as its political credibility. In particular, in time of political chaos, where corruption and infighting prevail, the army stands out as a unique institution to follow. Even the Corps Commanders, headed by the Chief of Army Staff (COAS) and the core of the Pakistan Army, embraces the bureaucratic principles.

Another important reason that makes the army a stable top level institution, is represented by good retirement benefits. Retired Generals and senior officers gain a seat in government institutions and in the many “Fauji” or army owned commercial enterprises. This creates a linkage between citizens and the army, as the Fauji enterprises are owned by the Army Welfare Trust administered by the GHQ. But they are public limited companies listed in the stock exchange. In this way, it contributes to creating a linkage and getting the army closer to civilian life.

The attainment of institutional sites and top jobs once retired, stresses how the Army emphasizes education. Education is needed not only because the army wants leaders with skills other than those acquired on the battlefield, but also because companies, such as the Fauji ones, being commercial enterprises, require individuals with appropriate qualifications.

The ‘bureaucratization act’ affects institution as the Inter-Services Intelligence (ISI), the main intelligence arm of the Pakistani State. Indeed, it is bureaucratically organized and tightly controlled by the army hierarchy. Its bureaucratic structure ensures continuity with the rest of the army.

Overall, what makes the Pakistan Army different from the armies of other countries, is its ability to promote authority in institutions, like those civilian, usually out of military control.