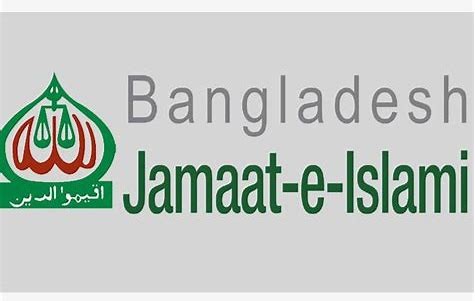 EBF ANALYSIS: The ‘surprise’ and ‘sudden’ resignation of Barrister Abdur Razzak, a high-level political leader of Jamaat e Islami, now in self-exile in UK since 2013 has become the ‘talk of the Bangladesh politics’ for last couple of days. Abdur Razzak, Assistant General Secretary of Jamaat, came to the limelight when he started to lead the defence of the 1971 War Criminals of senior Jamaat leaders including party chief Golam Azam, another leading leader and former Minister during the BNP-Jamaat coalition government, Motiur Rahman Nizami, Executive council member Delwar Hossain Sayedee and Secretary General Ali Ahsan Mohammad Mujahid. Barrister Razzak resigned from the party which he served with utmost loyalty for long, left Bangladesh for U.K. immediately after the execution of the notorious war criminal, Assistant General Secretary of Jamaat, Abdul Qader Mollah, widely known as ‘Butcher of Mirpur’ (an area where the Biharis had killed many Bengalis including the intellectuals of the country).

The million-dollar question is- what suddenly changed the mind of a person and a central leader who had served the party for so many years with dedication and commitment, to discard the party criticizing its role in the liberation war of Bangladesh in 1971. Is it a late self-realization or is it coming to the senses and attempt to accept the reality?

According to political observers in Europe, it is nothing but a new political strategy of Jamaat. Razzak had left Bangladesh in 2013 sensing that there might be some enquiry about his role in the liberation war. There is no reason to believe that he was leaving Jamaat out of conviction, they said adding, he was a leading lawyer in Bangladesh and has earned huge amount of money by leading the cases of the war criminals. Not only that he had himself accumulated huge amount of money, he has also paid huge amount of money to international lawyers in Europe and America for lobbying in favour of the war criminals. For last five years in the U.K. he has been handling the cases of political asylum seekers or refugee cases of Bangladeshis, for which, even one does not need to be a lawyer. Now he realizes that there is no chance for Jamaat to come back to power, at least in the near future, he wants to play a tramp card by detaching himself from the party now banned in Bangladesh and start his ‘profession’ anew in Bangladesh,’ they observed.

Under the circumstances, the cardinal reason to quit Jamaat need not be looked into so minutely or between the lines. It’s simply an opportunistic politics. Razzak wants to remove the Jamaat tag from his name, wants to be seen as a progressive and liberal. He is keen to return to Bangladesh and play a new role in politics as a new avatar. Barrister Razzak sent his resignation letter to the party leader mentioning, ‘over the last three decades I have been trying relentlessly to persuade Jamaat to have a frank discussion of the events of 1971, Jamaat’s role in those events and why it decided to support Pakistan and apologize for that decision,” He further mentioned that ‘all his efforts were unsuccessful and that as a result, “those who were born after 1971 and even the many unborn generations who may be associated with Jamaat in future will have to bear this burden”.

Can one take the statement of Barrister Razzak seriously? Because he has left Jamaat, but not because of its ideology. He said that Jamaat should apologize for its anti-liberation role in 1971 and he has been trying to make the Jamaat leadership understand this point, but has failed. Had he really believed what he has been claiming to have done for last three decades, he would not have taken the lead role in defending the war criminals of his party. He not only defended the war criminals, he also went abroad to mold public opinion in their favor.

In the meantime, AL General Secretary Obaidul Quader said that he was waiting to see if Barrister Abdur Razzaq’s resignation from Jamaat-e-Islami is part of Jamaat’s political strategy before taking any further steps on the matter. He however said, the trials of 1971 war criminals would continue even if the Islamist party apologized for its role in the Liberation War.

Interestingly, the rise and fall of Jamaat in Bangladesh is more or less ‘dramatic’. Jamaat e Islami, Muslim League, Nezami Islami- these parties based on religion were banned after the independence of Bangladesh, as Bangladesh Constitution clearly stated that no politics could be done on the basis of religion. But following the post-1975 political change through the killing of Bangabandhu Sheikh Mujibur Rahman, Jamaat and other faith-based political parties were allowed to restart politics in Bangladesh by late General Ziaur Rahman.

The political drama within Jamaat has not been limited within the resignation of Barrister Razzak. Another Upazila (sub-district) level leader of Jamaat e Islami, Md. Boktiar Uddin, General Secretary of Ververi Union of Khansama Upazila in Dinajpur district also resigned following the suit of Razzak. In his resignation letter Md Baktiar Uddin said, he was born many years after independence, in 1977. He joined Islami Chatra Shibir (student wing of Jamaat) in 1990. He was the President of Nilfamari district Islami Chatra Shibir. He further said, he had confusion on the role of Jamaat in the liberation war of Bangladesh and after the resignation of Barrister Razzak he realized that Jamaat e Islami is an anti-liberation party.

That the ‘honeymoon’ between Jamaat and BNP is no more is nothing new. According to an unconfirmed report, Jamaat is willing to discard its alliance with BNP, as the party considers that by having alliance with BNP, Jamaat is not gaining anything. Contrary it has become the target of Awami League government. To BNP, Jamaat is like a ‘bitter pill’; they can neither swallow it, nor throw it away. There is a huge pressure on BNP from and within the party and also from the world leaders to discard Jamaat. But BNP is afraid that if they detach themselves from Jamaat, Awami League will embrace them, what they (AL) did while joining the elections under General Ershad along with Jamaat. BNP refrained from participating in that elections. Although AL leaders used to say that BNP, Jamaat and Hefajat Islami are identical in terms of ideology, but it has embraced Hefajat, which is against the women-education and more fanatic.

Now to come back to the point of Barrister Razzak’s resignation, time can only say whether it was a self-realization of Barrister Razzak or a political strategy of Jamaat e Islam to stage a come-back with a new image and with new vigor. “Even if Jamaat formally denounces its 1971 role and promises to start a new politics, even with a new name, it would be nothing but ‘old wine in new bottle’, commented a political observer while talking to EBF. It may be mentioned that a court verdict has termed Jamaat-e-Islami a ‘criminal party’ saying those against the independence of the country should not hold office in any organization in the country.

Jamaat has become primitive and irrelevant. It has hardly any role in the mainstream politics today after an outright rejection in the Dec 30 elections. Jamaat can never bounce back to power unless there is a fundamentalist government in haka so Razzak’s resignation means nothing in substantial terms. Only silver lining that remains is that his exit might encourage more Jamaat cadres to follow suit and resign making the Islamist party a depleted and spent force party. According to the latest information, Jamaat might go for a new name. But the question is- ‘What’s in a Name?.