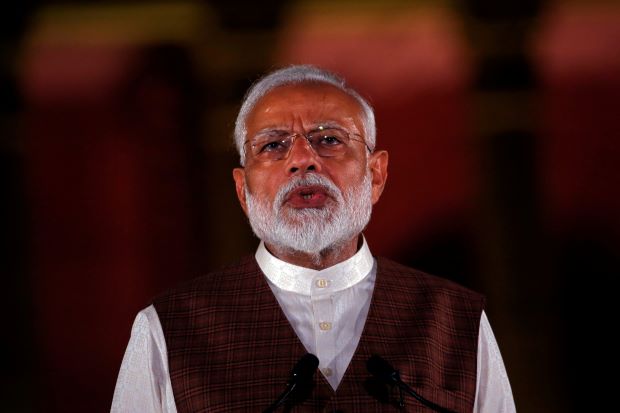 Indian Prime Minister Narendra Modi has called for a global conference to tackle the threat of terrorism in the region and around the world. During a speech on his first foreign visit since winning re-election, he told the Maldivian parliament in Male that “terrorism is not just a threat for a country, but to the entire civilisation”, according to a report published in BD News 24 from Dhaka.

“The international community has actively arranged for global convention and many conferences on the threat of climate change. Why not on the issue of terrorism?” Modi said.

He called for a global conference “so that there can be meaningful and result-oriented discussions for plugging the loopholes that terrorists and their supporters exploit”. India is pursuing what it calls a “neighbourhood first” foreign policy centred on its allies in South Asia, although there is little sign of a warming in relations with arch rival Pakistan. “In the neighbourhood, Maldives is priority,” Modi said in his speech.

His next stop is Sri Lanka’s capital, Colombo, where security is likely to be high on the agenda. A wave of bombings on Easter Sunday killed more than 250 people across Sri Lanka despite repeated warnings from Indian intelligence services about a militant plot.