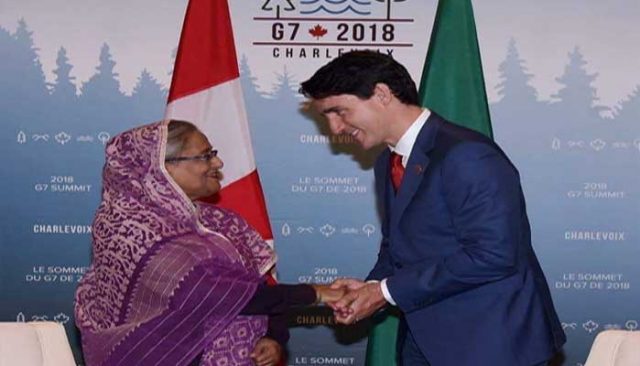 The Canadian prime minister strongly condemned the terror attack at two mosques in New Zealand’s Christchurch and expressed his deep shock at the attack and condolences for the victims.

Trudeau was relieved that the Bangladesh cricket team, who were in Christchurch and narrowly avoided the attack, had escaped unharmed, said Karim.

“The two prime ministers have urged the global community to unite to fight against terrorism,” he said.

Australian Brenton Tarrant, a suspected white supremacist, killed at least 50 people at the Al Noor and Lynnwood mosques in Christchurch during Friday prayers on Mar 15.

Members of the Bangladesh cricket team were about to attend the Friday prayers at Al Noor Mosque, but managed to avoid the massacre.

At least five expatriate Bangladeshis living in New Zealand have been killed in the incident, according to the Bangladesh government.