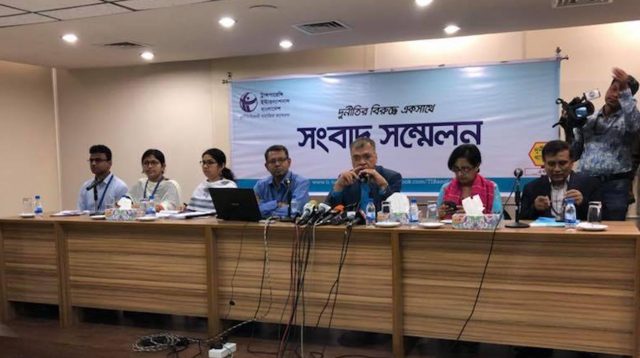 Transparency International Bangladesh yesterday said there was a wide gap between what political parties pledged in their election manifestos and what they actually did. A lot more effort is required to make good on the promises of promoting democracy and governance, TIB said in a study titled “Governance and Integrity in Election Manifestos of Political Parties in Bangladesh.”

Lofty pledges made to impress voters before polls were often broken by both the ruling and opposition parties, TIB Executive Director Iftekharuzzaman told a press conference. He, however, noted that there were some examples of true commitment. Many deliveries in the form of legal, institutional and policy changes remain far from being effective enough to promote better governance and democratic institutionalisation, he told the press conference at his office.

There are even examples of reversal of progress made. Implications of some provisions of the draft Digital Security Act on opportunities created by Right to Information Act and repeated attempts to curtail the authority of ACC by initiatives like draft Public Service Act are cases in point.” The TIB report analysed election manifestos of 11 political parties and made observations and recommendations.The study found that none of the parties ever promised in their manifestos to practice democracy within the party. The electoral manifesto is still largely a formality for the parties. Little effort and research goes into developing the documents.

“This can be considered as a ‘minimalist  approach’ of the political  parties as reflected in  their  manifestos,  i.e., parties concentrated all-out effort on winning  in the election in a ‘winner takes all’ context,” reads the report. No party has been able  to exhibit  their  commitment  to good governance and integrity  through its  activity  while  not  in  power, it added.

Although many of the indicators of good governance were reflected in the election pledges, in most of cases no outline was given about the way they could be materialised or how resources would be mobilised to make good on all the promises.The ruling party should prepare a report mentioning the extent to which it has fulfilled its electoral commitments made in the last election and make the report public, it recommended.

Every political party participating in the parliament election must make it clear in the manifesto what role it will play to establish democracy and good governance even if it does not win.One person should not to be the head of a party, government and parliament at the same time, it observed. The opposition should be given more opportunity of participation.

A code of conduct for the MPs should be enacted and article 70 of the constitution should be amended to ensure the MPs’ freedom of expression. Iftekharuzzaman said the upcoming parliamentary election could be held in a fair manner under the partisan government if all political parties, the Election Commission and other stakeholders played a positive role. According to the EC, the schedule for next parliamentary polls will be announced any day after October 30 and election is likely to be held by the end of this year.