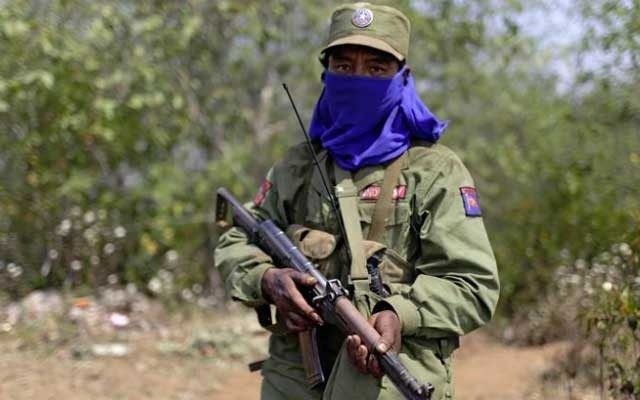 Facebook has banned four insurgent groups fighting against Myanmar’s military from its social network, the company said on Tuesday, saying it wanted to prevent offline harm by removing groups it branded “dangerous organisations”.

The US-based social media giant says it has removed hundreds of accounts, pages and groups for links to Myanmar’s military, or misrepresentation, since last August.

The action came after Facebook was criticised for not doing enough to prevent violent and hate-filled content spreading on its platform, which grew hugely popular in Myanmar just as conflicts in the country escalated.

The Arakan Army, the Myanmar National Democratic Alliance Army, Kachin Independence Army and the Ta’ang National Liberation Army were banned, Facebook said in a statement on Tuesday, adding it would remove “praise, support and representation” of the groups.

“In an effort to prevent and disrupt offline harm, we do not allow organisations or individuals that proclaim a violent mission or engage in violence to have a presence on Facebook,” the company said.

The bans targeted only some of the ethnic minority insurgent groups in Myanmar that have battled for autonomy in conflicts that have raged on and off since shortly after Myanmar’s independence from Britain in 1948.

The four groups named by Facebook have not signed a government-led ceasefire agreement and have frequently clashed with the armed forces in recent years.

One group, the Kachin Independence Army, is one the strongest of the country’s insurgent groups and occupies territory in the north.

Another, the Arakan Army, has been engaged in fighting in the west since December that has displaced more than 5,000. It launched attacks last month that killed 13 Myanmar border police.

Facebook said there was “clear evidence that these organisations have been responsible for attacks against civilians and have engaged in violence in Myanmar, and we want to prevent them from using our services to further inflame tensions on the ground”.

Mong Aik Kyaw, a spokesman for the Ta’ang National Liberation Army, confirmed the group’s page was down, but declined to comment on Facebook’s reasoning.

The removal would restrict the group’s ability to “inform the public” about its activities, he said.

The other three groups were not immediately available for comment.

Some accounts related to Myanmar’s armed forces were first removed last August after a UN fact-finding mission called for top Myanmar generals to be prosecuted for what it said was a campaign of mass killings and gang rape against the Rohingya Muslim minority carried out with “genocidal intent”.

In 2017, the military led a crackdown in Myanmar’s Rakhine State in response to attacks by Rohingya insurgents, pushing more than 730,000 Rohingya to neighbouring Bangladesh, according to UN agencies.

A Reuters special report in August found that Facebook failed to promptly heed numerous warnings from organisations in Myanmar about social media posts fuelling attacks on minority groups such as the Rohingya. (Courtesy:Reuters)_5-2-2019