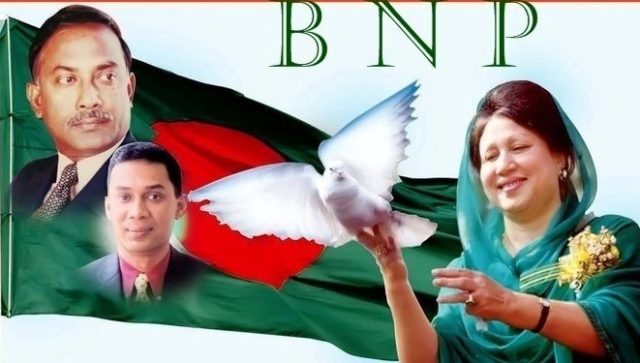 EBF Report: One of the most significant aspects of December 2018 elections is that this time BNP did not go for anti-Indian or pro-Islamic rhetoric in their campaign or elections manifesto which the country witnessed in nearly all the national elections since 1971. This according to political observers, is the late realization of BNP that by antagonizing India they cannot gain any political win. Perhaps that is why a couple of BNP top leaders visited India before the elections and met the top leaders of BJP and Congress, perhaps to assure that they (BNP) would not do anything that would harm the two countries relations if voted to power. According to reports the BNP leaders failed to convince and win the trust of the BJP and Congress leaders as the party (BNP) was not clear about their relations with Jamaat e Islami and their alliance with the party in the elections. Perhaps they could not rely on the BNP leaders’ assurances.

BNP seems to have failed to earn the trust and confidence of the western powers too when the heads of the foreign missions in Dhaka asked BNP leaders about the role of Jamaat e Islami and about the leadership of Party (Tareque Rahman). The main obstacles of BNP to win the confidence of the western government and the neighboring country India is its failure to detach itself from Jamaat and its exiled leader, Tarique Rahman, who is infamous for corruption and involvement in political killings and chaos including the 21 August grenade attacks to assassinate PM Sheikh Hasina during the BNP-Jamaat rule in Bangladesh.

BNP AFTER THE ELECTIONS: According to an information reaching here a group of high-level BNP leaders yesterday (Saturday) met the representatives of the European Union in Dhaka to solicit their sympathy and support while lodging anew complaints against the Awami League government in the December elections. While the EU delegates listened to their complaints, they gave BNP 5 suggestions to follow in the post-elections period. It is learnt that they did not like the decision of BNP of not joining the 11th Parliament. They advised BNP to join the Parliament and raise their voice and grievances in the Parliament, side by side continue their democratic movement in a peaceful way.

The 5 suggestions that the EU delegates gave to BNP leaders are: detach itself from Jamaat, remove Tareque Rahman from the party leadership, go to the Parliament, follow democratic norms and nurture secularism.

It is learnt that the European delegates did not appreciate the decision of BNP of not joining the Parliament. They advised them to go to Parliament with a handful number of MPs they have. It may be recalled that immediate after the elections results were announced, BNP complained to the United States, United Kingdom and EU and met their representatives in Dhaka about the election rigging and other excesses done by the ruling party. Although BNP remained firm to its stand of not joining the parliament for over a month period now, they failed to win support and sympathy from the world leaders. It is also learnt that the two leaders of BNP met the diplomats of the Indian High Commission in Dhaka recently and informed them of the ‘elections rigging’. The Indian diplomats were reported to have suggested BNP to join the Parliament and play their due role. US is also said to have conveyed the same advice to BNP leadership. India and US are reported to have said that BNP, no matter how small they are, should go to the parliament and raise their voice and follow the democratic norms.

Jamaat is now a bitter pill for BNP, difficult to swallow or take it out. They realize that their alliance with this banned-party for its role in 1971 has cost them vote in December elections. A group of BNP leaders are in favor of discarding Jamaat while others do not agree arguing that they need Jamaat as they (Jamaat) have strong base and workers on the ground across the country. Even if BNP at the end agrees to discard Jamaat, it will be quite difficult for the party to discard Tareque Rahman, who is in exile in London. BNP knows well that Tareque Rahman’s credibility as a leader to the world, particularly to India and the European countries is zero. Perhaps that is why many are in favour of inviting Tareque Rahman’s wife, Dr. Zubaida Rahman to return to county from London and take the leadership of the party. Dr. Zubaida has a clean image and is the daughter of former Naval Chief M A Khan. They think that at this crucial stage of BNP she can revamp and rejuvenate the crisis-riddled party.  BNP leaderships on the ground are now facing tough time and trying hard to regain the energy and enthusiasm of the party workers and leaders across the country. Awami League in the power looks to be very confident and stronger than ever before. So, it can be concluded saying that it is difficult time ahead for BNP.