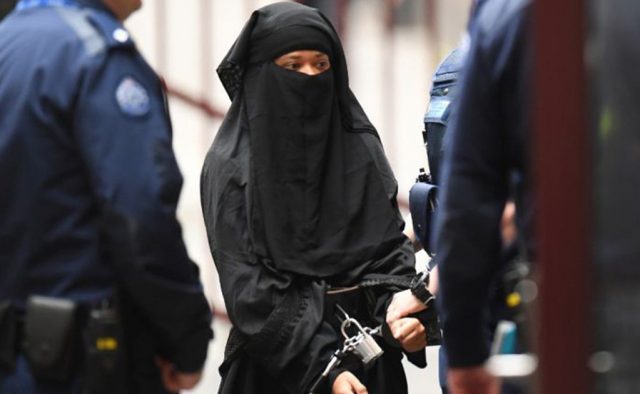 Shoma was given a total sentence of 42 years for her crime but will be eligible for parole after 31 years and six months. This is the first time, a woman to be sentenced for directly carrying out a terrorist attack in Australia will spend more than 31 years in prison for stabbing her homestay host just days after arriving on a student visa.

Shoma was sentenced in the Supreme Court in Melbourne this morning after she stabbed Roger Singaravelu in an Islamic State-inspired attack as he lay sleeping next to his daughter, 5, in February 2018.

Wearing a black niqab, Shoma sat in silence throughout the sentencing, briefly raising her veil to confirm her identity to Justice Lesley Taylor but refused to stand for her.

Taylor said Shoma had no intention of studying in Australia. “Your sole purpose to enter this country was to carry out a terrorist attack,” she said.

The court had heard Shoma cried “Allahu akbar” as she stabbed the homestay host at his Mill Park home with such force that the tip of the knife broke off.

The court also heard that she came to Australia to kill, and was inspired by Islamic State.

Taylor said Shoma had tried to enter Turkey in 2015. She failed in her bid to obtain a visa and it was suspected her bid to study at a university there was a ruse to disguise plans to enter Syria. Instead, she turned her attention to Australia.

Shoma had stayed with another homestay family after arriving in Australia, where she practiced for an attack by stabbing a mattress at the house more than six times.

Taylor said Singaravelu was enjoying an afternoon nap with his child when Shoma entered his rumpus room on February 9, 2018, and stabbed him in the neck.