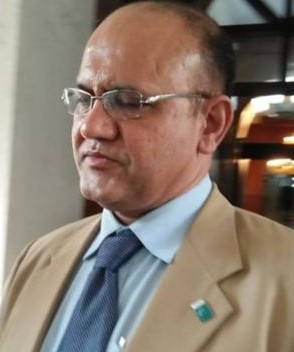 London: Bangladesh has today (12 February 2019) strongly protested “objectionable comments” about Bangabandhu Sheikh Mujibur Rahman, father of the nation of Bangladesh on an official website of Pakistan, according to information reaching here.

Bangladesh Foreign ministry has summoned Shah Faisal Kakar, acting high commissioner of Pakistan in Dhaka, this afternoon and handed over a strongly worded protest note in this regard to the Pakistani envoy, ministry sources said.

Tareque Muhammad, director general, South Asia wing of Ministry of Foreign Affairs handed over the note. Replying to a questions by local newsmen Tareque Muhammad said, due to objectionable comments on Bangabandhu in the Pakistan website, Shah Faisal Kakar has been summoned and an official protest note was handed over to him. The Acting High Commissioner at that time said, he would send the protest of Bangladesh government to Islamabad. (Photo: Pakistan Acting High Commissioner in Bangladesh)