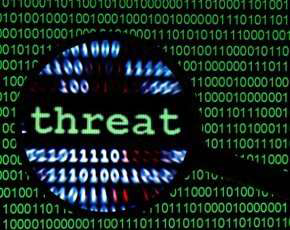 30 Jan 2019: Bangladesh is among the four nations in South Asia that have experienced decline in terror attacks. While terror impact on South Asia has worsened on average, Bangladesh showed improvement in security alongside Bhutan, Nepal and Sri Lanka, according to the 2018 Global Terrorism Index.

Afghanistan, Pakistan and India are amongst the ten countries most impacted by terrorism, and these were causing deterioration to South Asia’s GTI score, per the index published by the Institute of Economics and Peace. Bangladesh climbed down four spots to the level of countries experiencing medium impact of terrorism, ranking 25th among 163 countries with a score of 5.697 out of 10. Last year, Bangladesh scored 6.181 and was placed at 21st.
“In Bangladesh, the largest recent terrorist attack occurred in 2016, when an armed assault in Dhaka killed 28 people. ISIL later claimed responsibility for the attack,” said the report. The report by the Australian think-tank emphasised the need for global investment to ensure national security, citing as example measures to prevent violent extremism in
Bangladesh. “One reason why global investment can advance national security is that the source of violent extremist threats is transnational, even when it manifests itself locally. An example is the spread of violent ideological propaganda.”

“In Bangladesh, for example, the Global Community Engagement and Resilience Fund is supporting training in digital literacy among madrassa students, helping promote critical thinking, and limit the traction and dissemination of online fake news and messages,” the report observed. It highlights that threats to cyber security is the new form of terror adopted by extremist organisations, none of which can exist without funds.
&quot;Terrorism has emerged in cyberspace as a natural response to kinetic security responses and traditional military measures.”
“Financial institutions have long been targets of terrorism, and this is true online as well. In the case of the 2016 Bangladesh Bank heist, malicious program, likely malware sent through an email, was installed on the bank’s computer system. “The malware then collected passwords and usernames, and deleted evidence of its own presence, rendering it virtually invisible. These stolen credentials were then used to access SWIFT, the most secure global money transfer system. 81 million USD were lost in four transactions,&quot; the think-tank said in the report. (courtesy: Daily Star).